German company KUKA was established in 1898. For many years they were improving in the field of welding technology, in 1973 KUKA became pioneer in robotic manufactures, create the first industrial robot in the world. In 1996 the industrial world was surprised by the KUKA creation of an open PC-based controller. The company has constantly developed innovations that have earned success all over the world, so today KUKA is one of the world's leading manufacturers of robots and robotic systems, always able to offer you the right solution, no matter what complicated function you want to perform.
About the company: www.kuka.com 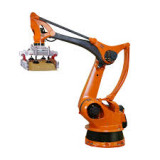 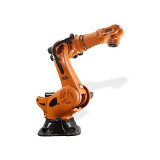 Robots for food and packaging industry